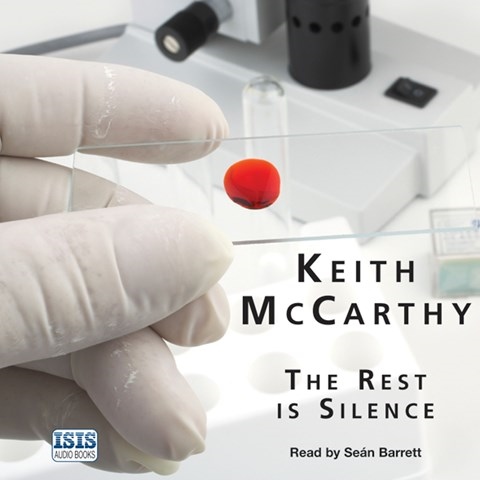 Helena Flemming, solicitor, and Dr. John Eisenmenger, forensic examiner, along with Police Inspector Sauerwine, join forces again, this time to investigate the abuse and murder of young boy. Then, more bodies are discovered near the home of a convicted pedophile. Sean Barrett's narration includes subtle British accents that differentiate the various characters inhabiting this convoluted story. Barrett plunges into the gruesome details of murder and torture that are intertwined in the investigation of the lands and properties along the river in Rendcomb. Numerous characters play small roles in the secrets of a rural town, secrets that are peeled away during the investigation. Barrett's deep, gravelly voice draws listeners into the complex plot. M.B.K. © AudioFile 2017, Portland, Maine [Published: JUNE 2017]