Home»Reviews»CALL ME BY YOUR NAME 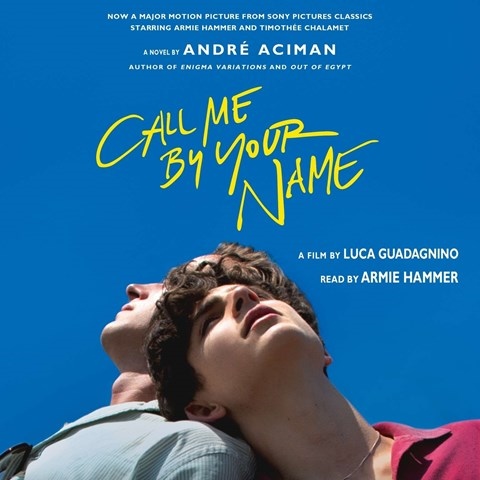 CALL ME BY YOUR NAME

In Aciman's sensitive portrait of a young man's awakening, 17-year-old Elio's family hosts a young scholar for six weeks to help Elio's father, a professor, with his research. When 24-year-old Oliver, a charming American with "cruelly good looks," arrives at their summer home on the Mediterranean, Elio goes into a "swoon." Armie Hammer's intimate whisper makes each beautiful, erotic, or painful moment bittersweet. Oliver's scholarly research centers on Heraclitus, but that doesn't stop him from doing some extracurricular research with the Italian locals and with his host's eager son. Hammer is convincing as Oliver, and while his voice is somewhat mature for 17-year-old Elio, his emotional tone is impeccable. When the men meet again years later, Hammer captures the moment, which is both ordinary and devastating. S.J.H. © AudioFile 2017, Portland, Maine [Published: NOVEMBER 2017]