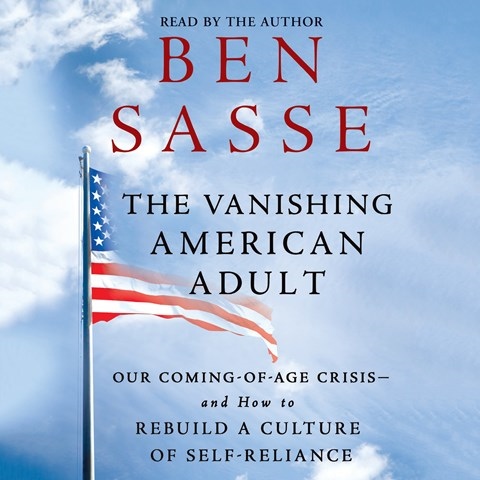 Former college president and now U.S. Senator Ben Sasse reads with the clarity and confidence of a voice pro in this friendly warning aimed at America's parents, teachers, and governing officials. Offering accessible examples and data to back his concerns, he says that too many of today's youth lack persistence and become "bizarrely fuzzy-headed when actual real-world problems need to be solved." Part of the problem is that they have few early experiences with hard work or overcoming obstacles. We don't expect enough of them. He also recommends that we let them travel and see the deprivation in other cultures and encourage them to nurture their bodies--to become better citizens by not taking their circumstances or health for granted. In a not-so-subtle jab, he says these experiences will also help our youth be less angry and, thus, less vulnerable to political demagogues. T.W. © AudioFile 2017, Portland, Maine [Published: AUGUST 2017]