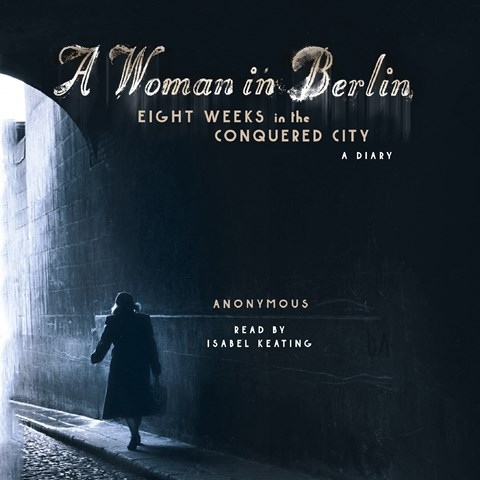 A WOMAN IN BERLIN Eight Weeks in the Conquered City: A Diary

In 1945, as Germany prepared to surrender, Berlin was overrun by Russian soldiers. These "Ivans" controlled the city, and life for the residents was worse than in any fictional dystopia. Narrator Isabel Keating manages to convey the frustration, hunger, depression, and exhaustion faced by the author, a journalist, who somehow manages to maintain her sanity despite several rapes and a diet of potatoes and nettles. When a horse drops dead in the street, the residents rush out to carve it up for meat. Apartments are stripped for firewood. Millions of flies appear, attracted by the ubiquitous excrement (from horses and humans). Women are terrified to get water from the local pump lest an Ivan attack. A WOMAN IN BERLIN ranks as one of the great historical diaries. R.W.S. Winner of AudioFile Earphones Award © AudioFile 2017, Portland, Maine [Published: JUNE 2017]