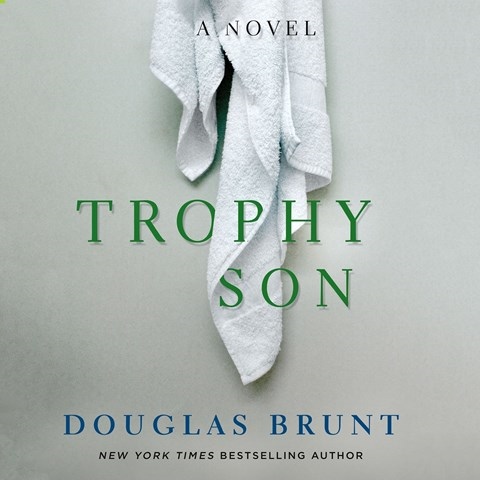 Sounding more like reality than fiction, TROPHY SON highlights the pressures an overbearing parent can place on a child prodigy--all in the name of success. Dan Bittner's narration captures the stress, anguish, and occasional joy Anton Stratis experiences during his ascent to the top of the tennis world under the thumb of his father, who controls every aspect of his son's cloaked life. Anton's rebellious nature and Douglas Brunt's well-honed dialogue differentiate the novel from similar books based on real life. But it is Bittner's delivery, especially his adroit pacing of the story, that enables this book to succeed in audio. Despite the stereotypes that permeate the book, it is an enjoyable listen, especially for those who want to understand how prodigies become public figures. D.J.S. © AudioFile 2017, Portland, Maine [Published: AUGUST 2017]