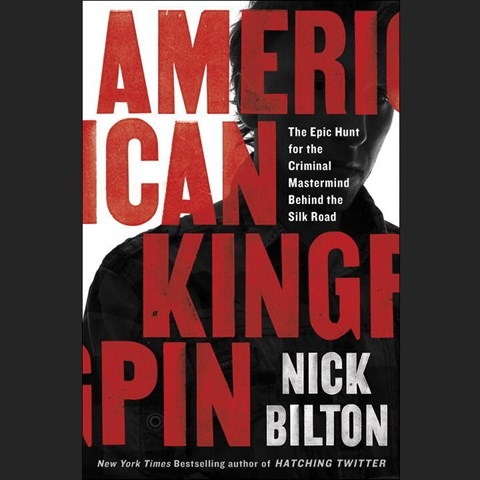 by Nick Bilton | Read by Will Damron

If you didn't know any better, you'd swear this story was the concoction of a Hollywood screenwriter. Narrator Will Damron embodies the determination and frustration of driven but flawed federal agents who sought to bring down the world's largest website for the purchase of illegal drugs, weapons, and even deadly poisons. What is truly frightening is that this is the true story of Ross Ulbricht, a bored, idealistic computer whiz who designed and ran the Silk Road, a part of the dark web, in an effort to cause a worldwide revolution and make all drugs legal. He made hundreds of millions of dollars but spent almost none of it. Damron effectively embodies Ulbricht's idiosyncrasies and those of the federal agents who pursued him. Damron makes them all more human. M.S. Winner of AudioFile Earphones Award © AudioFile 2017, Portland, Maine [Published: NOVEMBER 2017]