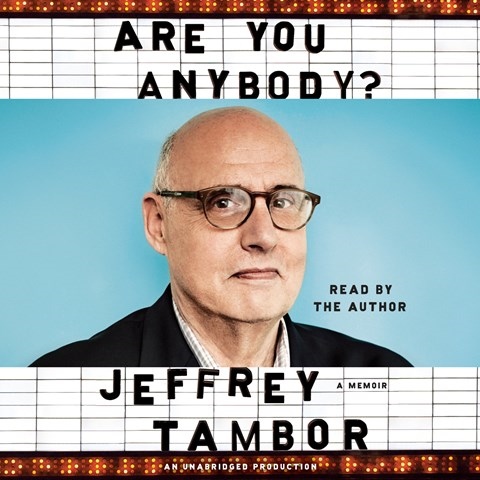 ARE YOU ANYBODY? A Memoir

In the first few minutes of his audiobook, actor Jeffrey Tambor lets listeners know of his ambivalence about narrating his own memoir, listing other actors he admires who have composed their own memoirs. Never fear: Tambor is an actor's actor, and his audiobook should appeal to anyone who is fascinated by the work of artists, particularly one with his stature. For decades, Tambor has appeared on stage and screen, including three "game changers," as Tambor describes them: "The Larry Sanders Show," "Arrested Development," and "Transparent." Throughout his audiobook, Tambor maps his journey with a welcoming, engaging, and always entertaining voice. He's a seasoned pro telling stories of his career, but he remains self-effacing throughout. S.P.C. © AudioFile 2017, Portland, Maine [Published: JUNE 2017]