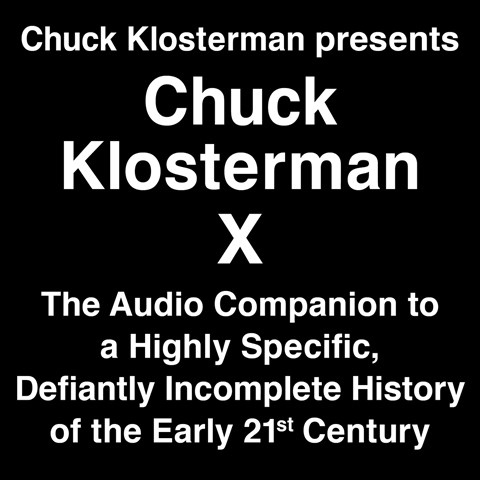 Chuck Klosterman writes about popular culture for publications such as ESQUIRE and THE NEW YORK TIMES. In this self-described audio-commentary, he provides his personal views the essays that were collected in the physical book CHUCK KLOSTERMAN X. To be clear, this audiobook is about the content in that book--but is not the content itself. Klosterman's trademark voice, with its light lisp and somewhat gargling timbre, is enjoyable to listen to as he seems to be speaking off-the-cuff rather than from a script. His musings run the gamut from interviews to musical commentary to discussions of death and other typical Klosterman topics. Packaging this as commentary proves quite effective as listeners feel like they're getting something authentic and original. The production may encourage listeners to pick up the actual book. L.E. © AudioFile 2017, Portland, Maine [Published: JUNE 2017]