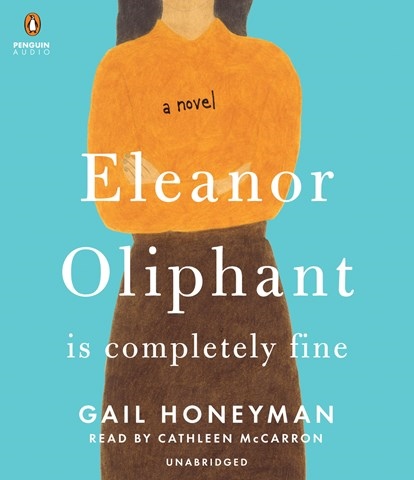 The quintessential square peg, Eleanor Oliphant is intelligent and efficient in her daily work at an office in Scotland--but at a loss when it comes to human relationships. Narrator Cathleen McCarron's articulated British accent and studied pacing lend weight to Eleanor's apparent alienation from the world--and her immediate charm to listeners. Whether considered internally or voiced aloud, Eleanor's observations of human behavior are astute, though often misguided, and McCarron's earnest portrayal captures her contradictions wonderfully. The humor is important because tragedy underlies Eleanor's story. While supporting characters are well defined with distinct voices and accents, McCarron especially shines in setting the story's emotional tone. As they begin to appear, empathetic characters offer surprising, consistent warmth, in contrast to Eleanor's expectations and experience. A.S. Winner of AudioFile Earphones Award © AudioFile 2017, Portland, Maine [Published: APRIL 2017]