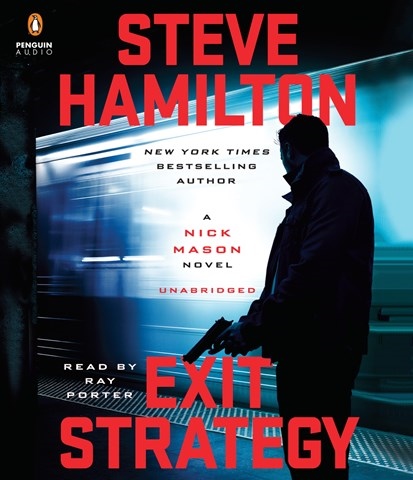 Ray Porter packs a punch as he intensely narrates the struggles of Nick Mason, a macho sharpshooter with a conscience. As laid out in the previous book, THE SECOND LIFE OF NICK MASON, he's bound to a high-ranking underworld thug but wishes he could return to normal family life. Porter portrays Mason's cunning and cold-blooded focus as he reluctantly kills the federal witnesses who put his crime-lord boss in prison. The Hispanic go-between, Quintero, and crazy Irish sniper, Sean Burke, are well rendered by Porter. But Porter's portrayal of Mason's female sidekick fails to depict a woman steely enough for this business. Porter's strength is fast-paced masculine action, which is abundant in this novel. N.M.C. © AudioFile 2017, Portland, Maine [Published: JUNE 2017]