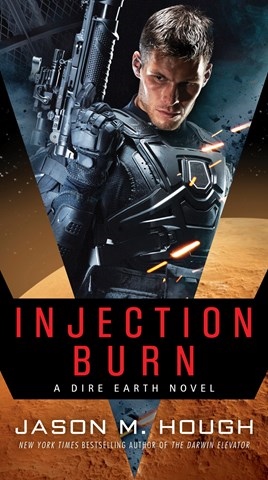 Narrator Simon Vance returns to familiar territory with the latest exploits of Skyler Luiken and his intrepid band in the Part 1 of a new story. Thousands of years after the events in Hough's Dire Earth Cycle, Luiken's crew seeks to help a benign alien race break free of the Swarm Blockade. The members of Luiken's crew find themselves with company when they meet a modern-day human crew, led by Captain Gloria Tsandi, who is on a mission of her own. Initial mistrust and eventual cooperation ensue. Vance's familiar British accent establishes a comforting mood as he effectively revives a set of colorful characters for the fourth time while inhabiting a handful of new ones as well. He deftly handles the many characters' accents and dialects. It's high space adventure at its finest. D.E.M. © AudioFile 2017, Portland, Maine [Published: AUGUST 2017]