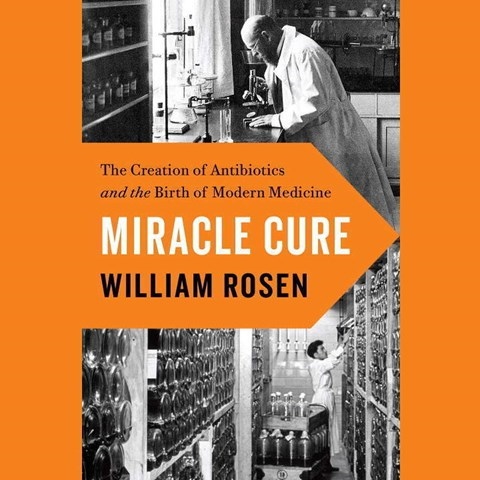 Narrator Rob Shapiro's resonant baritone carries the listener smoothly through this fascinating history of the chemicals and the personalities that helped create contemporary medical culture. While a handful of words are oddly pronounced, Shapiro effortlessly articulates the names of chemical compounds, bacterial species, French scientists, and German companies. Whether narrating the processes of discovery or the mechanisms by which the medicines work, his tone and pacing are as engaging and conversational as when he tells the stories of the people involved. This tale is filled with human foibles--rivalries, misconceptions, ambition, politics, heroism--and Shapiro perfectly conveys the author's disapproval, amusement, and admiration. An entertaining production of an extraordinarily interesting book. D.L.Y. Winner of AudioFile Earphones Award © AudioFile 2017, Portland, Maine [Published: JUNE 2017]