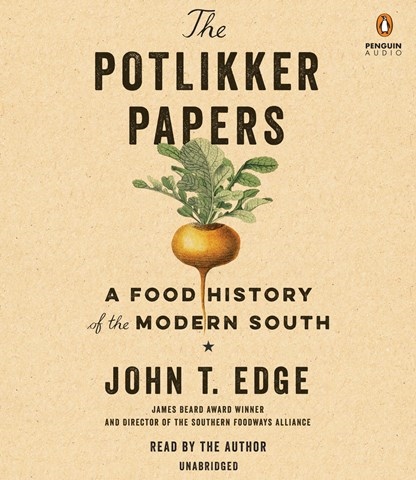 THE POTLIKKER PAPERS A Food History of the Modern South

John T. Edge, an accomplished food writer focusing on the South, narrates his audiobook in a discernible drawl. A native Georgian, he directs the Southern Foodways Alliance housed at the University of Mississippi. His voice, literal and figurative, informs every page of this work. The discerning listener will embrace Edge's folksy style as he moves through 60 years of contemporary history, especially race relations, with his topics ranging widely--from the hippies of the '70s to the farm-to-table movement of this century. He tells stories of famous people like Colonel Sanders and Paula Deen as well as the unsung black cooks who created the region's famed barbecue. A.D.M. © AudioFile 2017, Portland, Maine [Published: JUNE 2017]