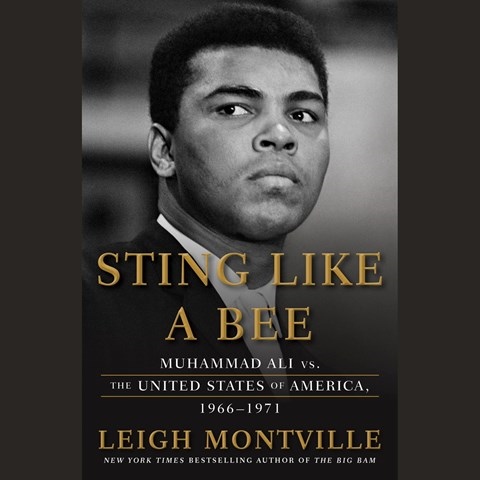 Narrator JD Jackson takes great care to articulate the story of Muhammed Ali and his refusal to serve in the military during the Vietnam War. Though he could have quickened his pace in some areas, his ability to consistently alter his voice for the various men and women quoted throughout is noteworthy and makes this controversial biography an enjoyable and informative experience. He is especially skilled at delivering the quotes from Ali and Howard Cosell, both of whom had distinctive voices. Jackson doesn't attempt to soften the body blows to the provocative Ali. Furthermore, his ability to simply read the facts with no noticeable interpretation makes this audiobook a better experience than reading it in print. T.D. Winner of AudioFile Earphones Award © AudioFile 2017, Portland, Maine [Published: AUGUST 2017]