Home»Reviews»TURNING 15 ON THE ROAD TO FREEDOM 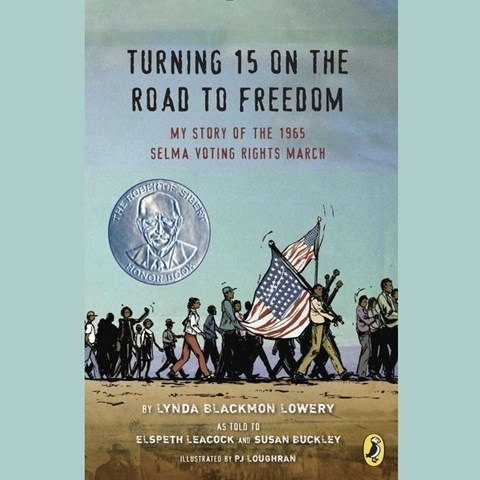 Damaras Obi who, with director Ally Sheedy, adapted this book for the stage, turns in a robust performance as the youngest child to participate in the historic march from Selma to Montgomery, Alabama, in 1965. Lynda Blackmon Lowery recounts her childhood in Selma where, after hearing Dr. Martin Luther King, Jr., speak, she enthusiastically joined the fight for voting rights and was jailed nine times before her fifteenth birthday. One missed opportunity in an otherwise laudable production is the lack of an African-American Alabama accent, as Obi's voice is unmistakably tinged with New York City, thereby removing accuracy of place and culture. But, overall, Obi expertly voices a broad array of emotions, from excitement to terror to exhilaration, allowing listeners to fully grasp the turbulence of the Civil Rights era. S.G. © AudioFile 2017, Portland, Maine [Published: JUNE 2017]