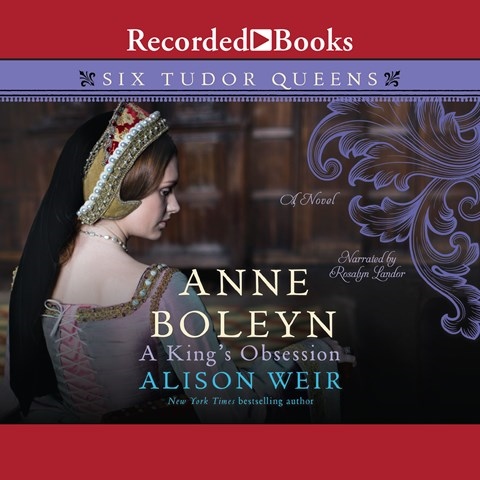 Historian Alison Weir offers a unique view of the infamous Anne Boleyn. Weir's Anne is presented as an intelligent woman who was manipulated by the men in her life. Thanks to the vocally gifted Rosalyn Landor, each character--and there are tons--has a unique personality, a different way of speaking, a different timbre--and each is completely recognizable. We know Henry VIII wanted a son, how he rid himself of Katherine of Aragon, and how, after six years of waiting and marriage, Anne failed to produce the hoped-for son. Were the charges against Anne trumped up by a philandering monarch already ogling Jane Seymour? Landor's performance is so moving that Weir's vividly rendered execution scene will leave listeners gasping for breath. S.J.H. Winner of AudioFile Earphones Award © AudioFile 2017, Portland, Maine [Published: JULY 2017]