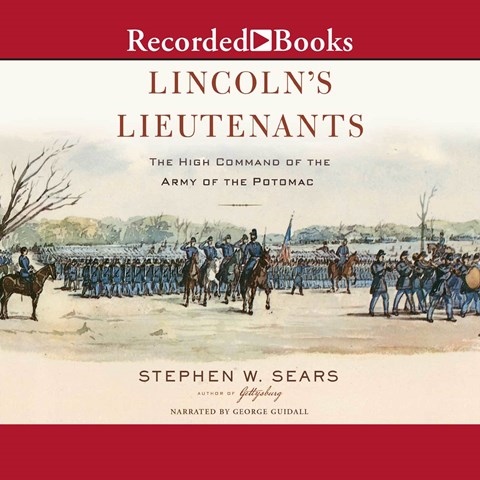 LINCOLN'S LIEUTENANTS The High Command of the Army of the Potomac

George Guidall is the consummate professional in the performance of this extremely long production. Sears's work focuses on the so often dysfunctional leadership of the main Federal Army in the eastern theater of the Civil War, known as the Army of the Potomac. In describing what happened between Washington and Richmond during the Civil War from the federal side, Sears focuses on the Army's high commanders and subordinate Corps commanders, sometimes going down to division and brigade level and, very rarely, regimental level. Guidall is superb; his resonant baritone is clear, perfectly expressive, and nuanced. He enhances this long work with a capable reading. M.T.F. © AudioFile 2018, Portland, Maine [Published: APRIL 2018]