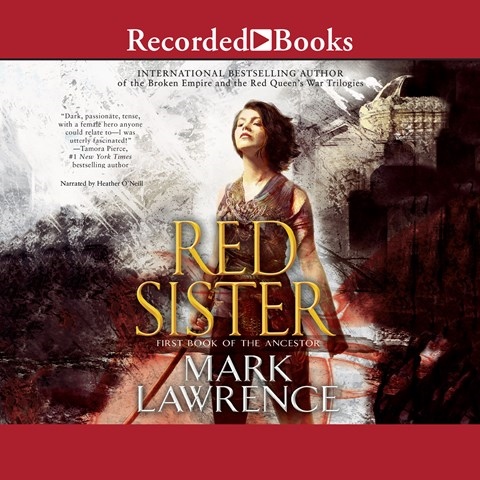 Differences in age are an important part of Heather O’Neil’s portrayal of the primary characters in this audiobook. Nine-year-old Nona, who is rescued from the hangman’s noose, is initially wary of the abbess who saved her and keeps her distance from the other girls at the convent school as well. The school’s unusual curriculum features the arts of assassination and magic. While the abbess and the other nuns sound authoritarian, O’Neil tempers their harshness, making clear their dedication to the welfare of their young students. O’Neil does justice to the lyrical prose, and provides a bonus: a few notes of the songs that are part of the story. In this first of the Ancestor series, O’Neil builds the relationships among the girls as they learn to trust and rely on one another. J.E.M. © AudioFile 2017, Portland, Maine [Published: JULY 2017]