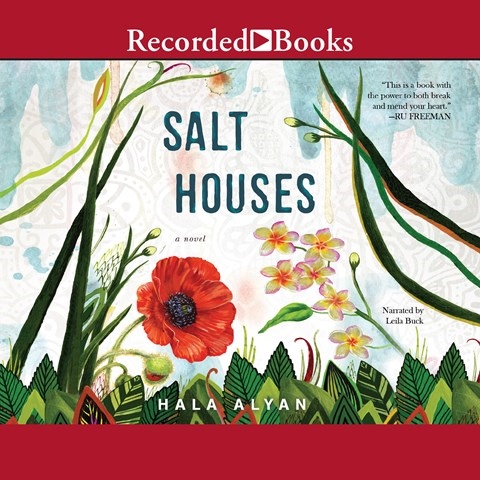 Narrator Leila Buck gives voice to a family divided by politics yet kept together by love in this historical novel set against the backdrop of Palestine in the late 1960s. Throughout her narration, Buck uses a somber tone that hints at the coming trauma and separation. She tells listeners in a subdued voice of the family's downward spiral as they are, first, displaced from Nablus and, later, separated in war-torn Kuwait. Beginning with Salma, the matriarch, listeners experience the heartbreaking decisions facing displaced people during times of social and political instability. With a story that rings familiar in our turbulent times, Buck manages capably with her characterizations of both male and female characters. M.R. © AudioFile 2017, Portland, Maine [Published: AUGUST 2017]