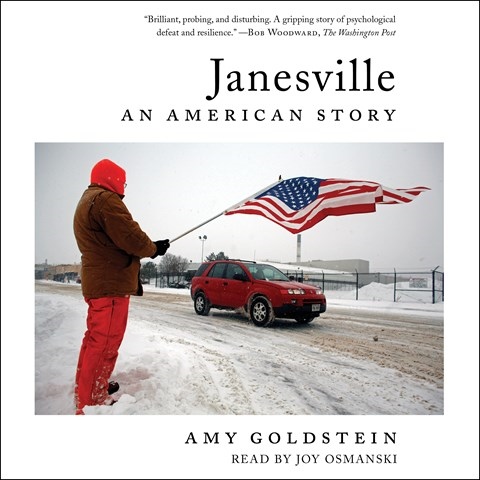 Just before Christmas in 2008, General Motors shut down its Janesville, Wisconsin, assembly plant. Amy Goldstein tells the stories of those who were left to cope with joblessness, and those in its wake. Joy Osmanski reads the stories with passion. Listeners hear the emptiness of the once-bustling plant, and the anxiety of the workers who once made 28 dollars an hour. A woman dealing with a depressing job as a corrections officer, teens embarking on their futures, and GM "gypsies" who moved to another plant are among those who share their experiences. Civic efforts to help people rebuild their lives and bring in new jobs, as well as the efforts of House Speaker Paul Ryan to save his hometown's assembly plant, are also part of the story. J.A.S. © AudioFile 2017, Portland, Maine [Published: MAY 2017]