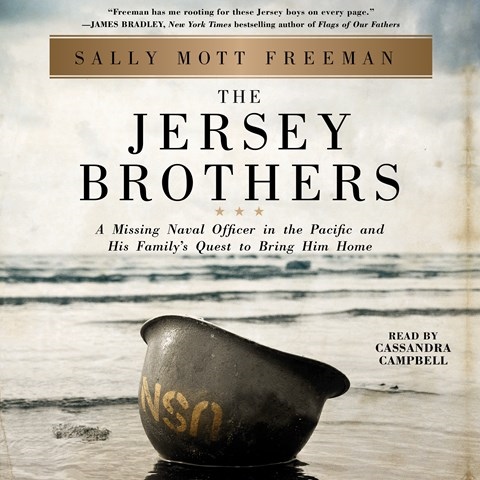 With her soft and confident voice, narrator Cassandra Campbell gives a splendid reading of Freeman's book about her father's and his brothers' experiences in WWII and how these impacted her family. The three brothers all attended the Naval Academy, with the youngest being a logistics officer in the Philippines. What was seen as a cushy assignment became the opposite when he was wounded in the Japanese invasion and taken to Japan, where he eventually died in captivity. Campbell's soft, clear voice is appropriately nuanced and expressive, and she affects different voices for male and female quotes and dialogue without sounding artificial. Moving at a steady and easy-to-follow pace, she enunciates well. This production is a perfect match of narrator and text. M.T.F. Winner of AudioFile Earphones Award © AudioFile 2017, Portland, Maine [Published: AUGUST 2017]