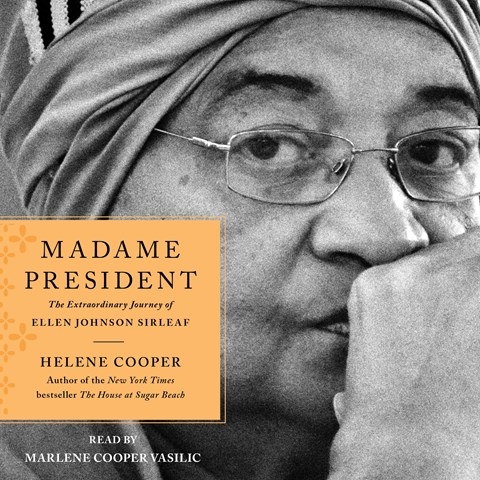 This audiobook chronicles Ellen Johnson Sirleaf's struggles to become president of Liberia--and, as such, the first female elected head of state in an African nation. Sirleaf's harrowing yet uplifting story is made all the more powerful by Marlene Cooper Vasilic's narration. Her even tone lets the gripping story speak for itself while adding appropriate notes of emotion, particularly in passages involving political and social irony and, especially, the personal danger Sirleaf faced during her frightful time in prison. Vasilic's facility with pidgin makes the few direct quotes come alive. Sirleaf was a co-recipient of the 2011 Nobel Peace Prize, recognized for her "nonviolent struggle for the safety of women and for women's rights to full participation in peace-building work." R.C.G. © AudioFile 2017, Portland, Maine [Published: APRIL 2017]