Home»Reviews»YOUNG AND DAMNED AND FAIR 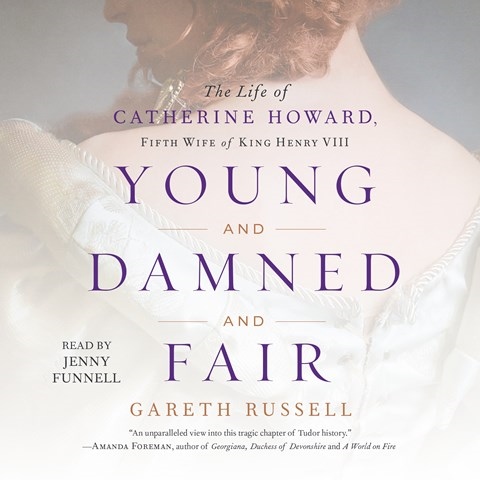 YOUNG AND DAMNED AND FAIR The Life on Catherine Howard, Fifth Wife of King Henry VIII

Surprising revelations abound in this audio biography of Catherine Howard, the fifth wife of Henry VIII, including a recently discovered confession of her offenses in her own words. Narrator Jenny Funnell does a good job of creating sixteenth-century English life for listeners so that they understand the life of women in this time period and, in particular, the life of a daughter of nobility. Funnell uses a sympathetic voice to portray Catherine as a real person who was beautiful but misguided by the people she trusted. Sixteen months after becoming queen she would be charged with adultery and high treason, and led to the executioner's block. Overall, this is a good listening experience for Tudor enthusiasts. E.E.S. © AudioFile 2017, Portland, Maine [Published: JUNE 2017]