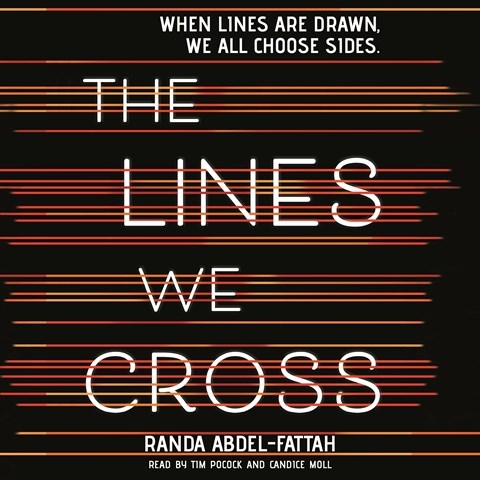 THE LINES WE CROSS

Tim Pocock and Candice Moll narrate the alternating perspectives of teenagers Mina and Michael. Moll portrays Mina, who came to Australia as a child as an Afghani refugee. Moll captures her fierce protection of her family, especially when anti-immigrant activists question the legitimacy of their restaurant. At school, she’s attracted to Michael, an Aussie native—until she realizes his parents lead an anti-immigration movement. Mina is dumbfounded and angered by his naïveté. Pocock expresses Michael’s attraction for Mina and the conflicts that result. He is honestly curious about her culture and wants to understand her. But he also experiences inner torment when he finds himself at odds with his parents. The author, an Islamophobia expert, has penned a story bound to make listeners think. The narrators’ expressiveness makes it even more real. S.W. © AudioFile 2017, Portland, Maine [Published: JULY 2017]