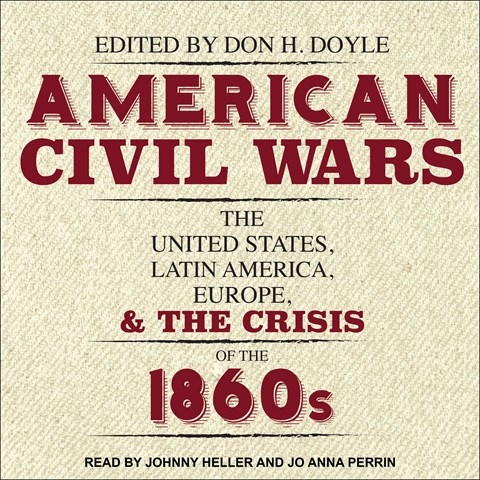 AMERICAN CIVIL WARS The United States, Latin America, Europe, and the Crisis of the 1860s

Johnny Heller and Jo Anna Perrin's narration of this collection of essays is a mixed bag for the listener. Looking at the American Civil War as an event with worldwide influences, the authors say the Federal triumph in the United States' conflict affected British and French colonial designs in the New World, which led to the eventual abolition of slavery in Spanish New World colonies and in Brazil by the late 1880s. Heller's strong, clear voice has a quick, staccato delivery. Perrin's tone is flat at best, and its overall effect is monotonous, but her voice is easy to understand. M.T.F. © AudioFile 2018, Portland, Maine [Published: OCTOBER 2018]