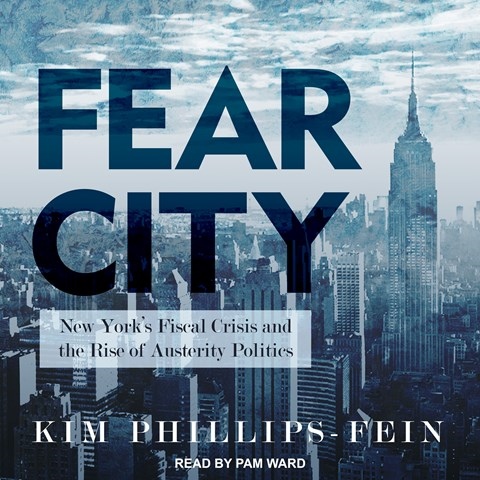 When New York City's expensive urban liberalism collided with the flight of manufacturing and the broad economic downturn of 1975, the real possibility of a city bankruptcy captured attention across the nation. Narrating this well-documented account of the city's policy and leadership missteps during that time, Pam Ward captures the intensity and broader importance of how competing ideologies and hostilities played out among the various levels of government. She is equally sensitive to the audiobook's fascinating characters and the urban governance issues now being debated across the country. Her dramatic delivery is appealing and always in sync with the narrative flow. This important history of one city puts flesh on the broader debates we're having about the role of government in our society today. T.W. © AudioFile 2018, Portland, Maine [Published: MAY 2018]