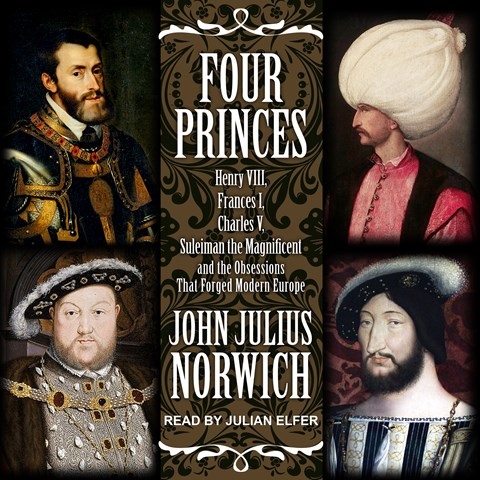 Did you know that Henry VIII; Francis I of France; Charles the V, Emperor of the Holy Roman Empire; and Suleiman the Magnificent were born within 10 years of one another and that their lives intertwined? Julian Elfer's melodic voice is perfect as narrator of this sweeping history of sixteenth-century Europe. Elfer's unemotional narration flows steadily through political intrigue and religious changes and conflicts, dynastic marriages, military campaigns, and international explorations that bring Europe into the early modern period. He shifts accents effortlessly between English, French, German, and Turkish. Footnotes are read sotto voce, never breaking the steady narrative. Back and forth across Europe, the Mediterranean Sea, and the western realms of the Ottoman Empire, this history sheds light on a familiar yet complex period. M.B.K. © AudioFile 2018, Portland, Maine [Published: OCTOBER 2018]