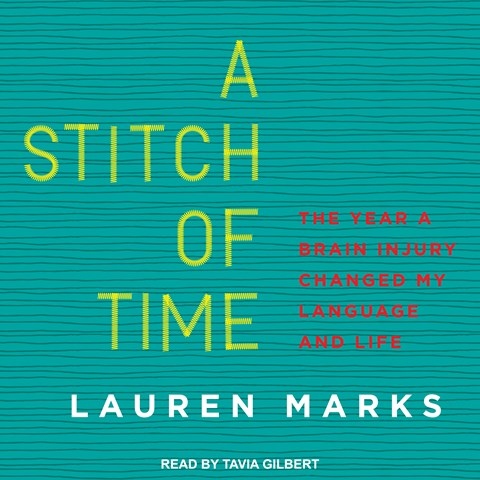 While performing onstage at a bar during the Edinburgh Fringe Festival, 27-year-old actress and writer Lauren Marks suffered a ruptured cerebral aneurysm. Her struggles to recover her language skills and her life following brain surgeries and aphasia are well rendered through Tavia Gilbert's narration. Gilbert reads the selections from Marks's journal with pauses and word substitutions, interjecting a hesitant "no" here and there to reflect Marks's struggle to reclaim her language, memory, and, ultimately, her identity. Though her performance occasionally sounds a bit over the top, Gilbert's expressive narration is tonally varied and well paced, capturing Marks's emotional journey. S.E.G. © AudioFile 2017, Portland, Maine [Published: AUGUST 2017]