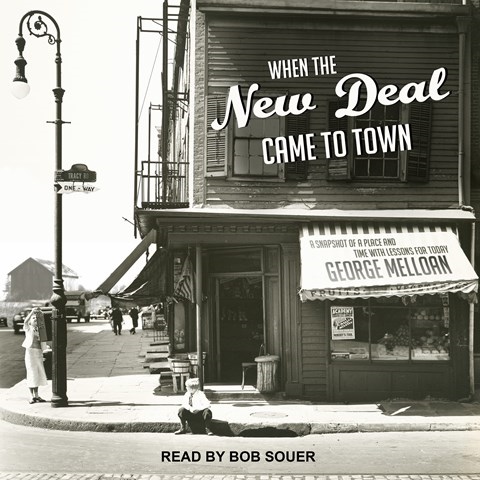 This audiobook suffers from a kind of literary schizophrenia. It is partly a warm and interesting look at a small Indiana town during the Depression. But it also is an economic critique of interventionist government policies, with special contempt for the Federal Reserve. It succeeds in the former but is much less successful with the latter. Narrator Bob Souer offers an evenhanded reading, which keeps the economic portions from becoming boring and even manages to make them seem a little less out of place. Although his voice tends to drop off occasionally at the end of sentences, his easygoing style exactly suits the reminiscences. R.C.G. © AudioFile 2017, Portland, Maine [Published: AUGUST 2017]