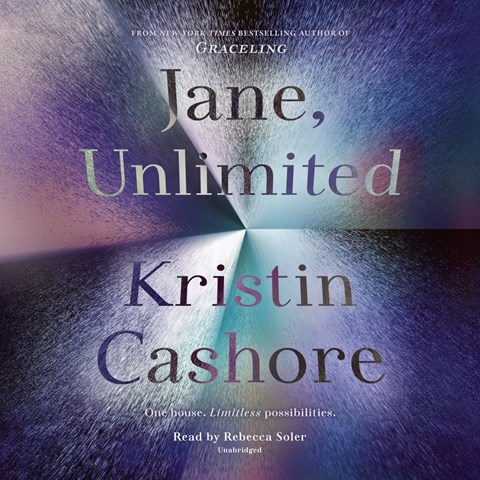 Narrator Rebecca Soler establishes characters and settings quickly and convincingly. She portrays heroine Jane's intelligence and sarcasm with a tinge of grief, resulting from the recent death of her beloved aunt. Cynicism surfaces in Soler's depiction of wealthy Kieran, the girl who has invited Jane to a gala at her island mansion. Later, Soler makes clear the insecurity beneath Kieran's snootiness. Curious Jane senses something below the surface of the snobby gala guests and taciturn servants. At this point the author leaves her linear plot and launches a multiverse world that explores Jane's reality through five different genres-- mystery, thriller, horror, science fiction, and fantasy--each of which is announced by a tonal shift in Soler's voice. In addition, Soler's solid character portrayals are crucial, given the story's multiple shifts. S.W. © AudioFile 2017, Portland, Maine [Published: SEPTEMBER 2017]