Home»Reviews»IN THE SHADOW OF THE SUN 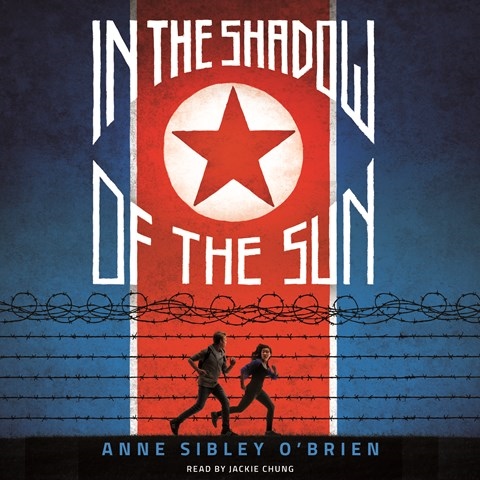 IN THE SHADOW OF THE SUN

Mia, who was adopted from Korea, discovers forbidden photos while visiting North Korea with her father and brother. When police seize their father, the siblings attempt to escape, carrying proof of government atrocities. Narrator Jackie Chung's delivery of the precise, stilted English of the government guides suggests Mia's sense of being an outsider. However, Chung truly sets the mood of otherworldliness in her vocalizations of the gross contradiction inherent in every aspect of North Korean life--soaring pride in contributing to the grandiose glorification of the nation and abject terror of reprisal for failing to meet the Supreme Leader's expectations. The thoughts of North Koreans swing from rapturous to terrified--like balancing on a knife blade. As depicted by Chung, Mia and Simon are desperate and believable. Tension is palpable in this middle-grade thriller. L.T. Winner of AudioFile Earphones Award © AudioFile 2017, Portland, Maine [Published: AUGUST 2017]