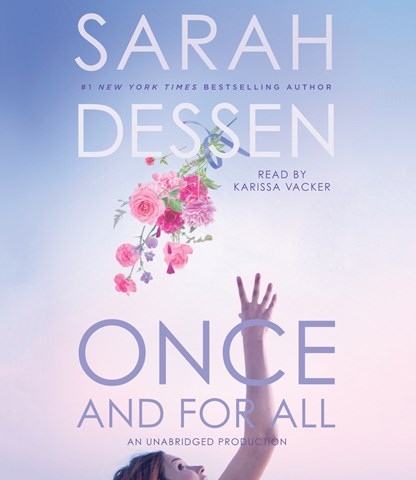 ONCE AND FOR ALL

Author Sarah Dessen is top-notch at fast-moving teen dialogue, and narrator Karissa Vacker is wonderful at delivering it. Vacker captures the witty sarcasm of Louna, who believes that the possibility of love is limited. Vacker nails the jaded attitude of an 18-year-old who's been raised by a busy, problem-solving mother, a wedding planner extraordinaire. Vacker also reveals the deeper side of the hurt that underlies Louna's views of love's limitations. As Louna quickly rejects the romantic overtures of the wealthy, spoiled Ambrose, Vacker lets his genuine affection for her shine through despite Louna's distain. The emotions that play out in this Dessen romance will captivate fans new and old. S.W. Winner of AudioFile Earphones Award © AudioFile 2017, Portland, Maine [Published: MAY 2017]