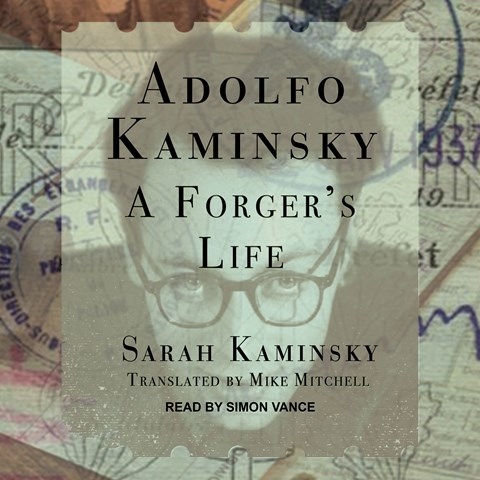 The skill of Simon Vance, narrator of this audiobook, is his ability to take a memoir that opens during the French Resistance in WWII and fully capture its suspense-filled drama. Adolfo Kaminsky, the daring and heroic document forger, helped hundreds of Jewish families escape Occupied France with his perfectly created passports. Although his talent for creating them could have earned him thousands of dollars, Kaminsky, incredibly, never took any payment for his services. This first-person narrative follows 30 years of Kaminsky's career as he went on to fight injustice with his talent around the world. Simon Vance breathes a terrifying reality into what it means to defy tyranny. E.E.S. Winner of AudioFile Earphones Award © AudioFile 2017, Portland, Maine [Published: JUNE 2017]