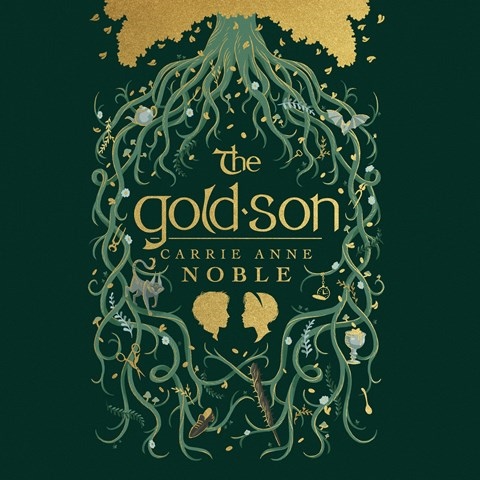 Noble creates a fantasy world worthy of a Grimm fairy tale, and narrator Gerard Doyle delivers it with energy and style. Young Tommin Kelly is cursed by Lorcan Reilly, a leprechaun whose ambition is to become king of the leprechauns. Portraying the ruthless villain blinded by greed, Gerard oozes evil into every syllable he speaks, yet he controls his performance so that the villain goes beyond a stereotype. Using distinct Irish accents, Gerard fills this young adult fantasy with memorable character voices and infuses Tommin's spirit, in particular, with the power of a fallen hero. A must-listen for teen fantasy lovers. E.E.S. Winner of AudioFile Earphones Award © AudioFile 2017, Portland, Maine [Published: JUNE 2017]