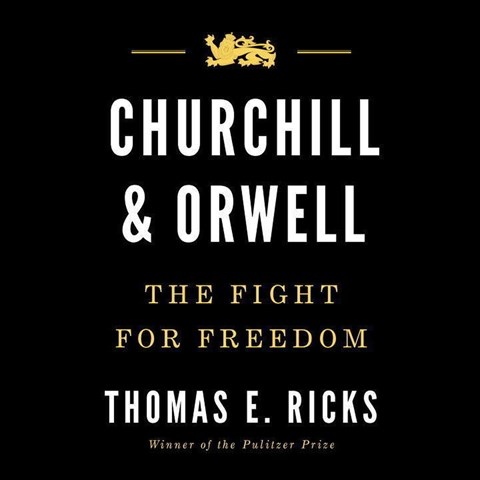 CHURCHILL & ORWELL The Fight for Freedom

This audiobook is a dual biography of two of the giants in twentieth- century world history, politician Winston Churchill and writer George Orwell. Narrator James Lurie's deep, gentle voice is easy to listen to but doesn't fit the book's character. The author's purpose is to illuminate how both men saw the dangers of fascism and communism in the 1930s and made their marks defending democracy and personal freedoms in the 1940s. Lurie reads well and has a soothing tone, traits that would be appropriate for other works. Here, though, his talents downplay the dangers inherent in the time period. His delivery of the narrative does not convey the urgency that both Churchill and Orwell saw in fighting what they saw as humanity's enemies. R.I.G. © AudioFile 2017, Portland, Maine [Published: AUGUST 2017]