Home»Reviews»IF I UNDERSTOOD YOU, WOULD I HAVE THIS LOOK ON MY FACE? 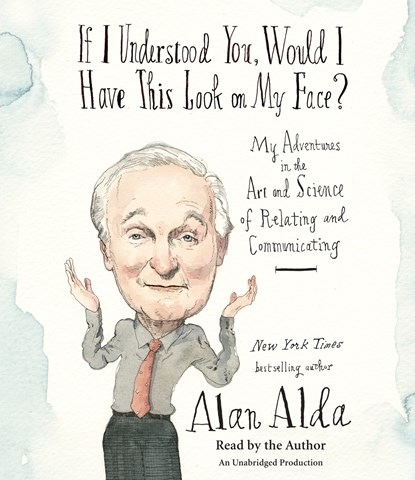 IF I UNDERSTOOD YOU, WOULD I HAVE THIS LOOK ON MY FACE? My Adventures in the Art and Science of Relating and Communicating

This audiobook's subtitle--"My Adventures in the Art and Science of Relating and Communicating"--alerts us to a lesser-known part of Alan Alda's persona. Alda, best known for his movie and TV roles, has spent the better part of his life and career attempting to understand the fine art of connecting with others. After he hosted the 1993 TV show "Scientific American Frontiers," for which he interviewed scholars, engineers, and scientists, he grew even more focused on communicating. The audiobook is divided into two parts, "Relating Is Everything" and "Getting Better at Reading Others," and is filled with research data, personal anecdotes, and suggestions for better listening and effective speaking. Alda delivers his book--which avoids scientific jargon while featuring his trademark snarky humor--in a friendly, intelligent-sounding manner. S.J.H. © AudioFile 2017, Portland, Maine [Published: MAY 2017]