Home»Reviews»HOW NOT TO FALL IN LOVE, ACTUALLY 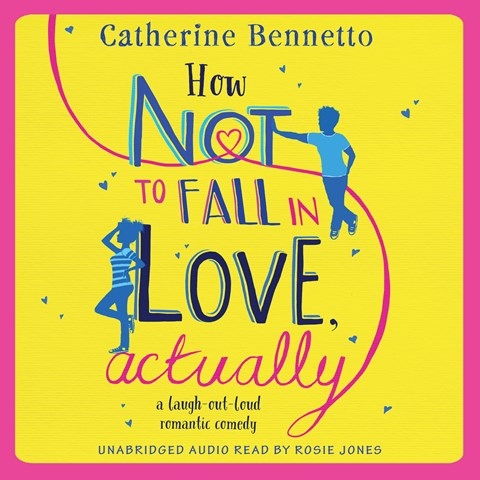 HOW NOT TO FALL IN LOVE, ACTUALLY

Catherine Bennetto's debut audiobook features the antics of a protagonist named Emma and the array of characters she encounters in contemporary London. Narrator Rosie Jones adds a young British flair to the snarky depictions of Emma's life. Jones has an adaptable tone for each character, and the way she presents dialogue is refreshing. The main character is easily relatable because of the trials she faces when her life throws her curveballs, such as losing her job and finding herself unexpectedly pregnant after she dumps her boyfriend. There are also a peculiar neighbor and an unexpected living arrangement in the mix. In the end, Emma manages to show how important love can be when she accidentally falls in love. D.Z. © AudioFile 2017, Portland, Maine [Published: JUNE 2017]