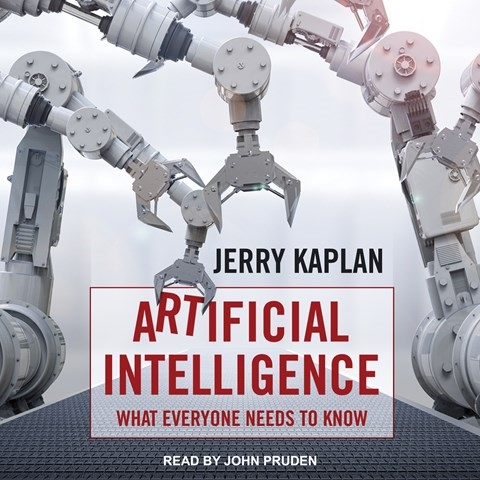 ARTIFICIAL INTELLIGENCE What Everyone Needs to Know

Kaplan provides an insightful guide to understanding what is and what isn't artificial intelligence, how it developed, and where it is likely going. Though it would have been rightfully ironic to have a computer-generated voice narrate, John Pruden proves a better fit (for now). His voice is crisp and articulate with a level of energy that borders on enthusiasm. Given the complexity of ideas abundant in this text, Pruden knows just where to place emphasis and to draw out an idea. Between Kaplan's well-drawn prose and Pruden's skill at vocally teasing out technical nuance, the production will help listeners feel more competent with the topic of artificial intelligence and even more comfortable with the phenomenon itself. L.E. © AudioFile 2017, Portland, Maine [Published: JULY 2017]