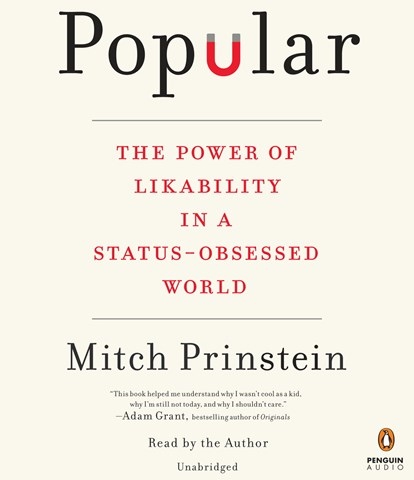 POPULAR The Power of Likability in a Status-Obsessed World

Behavioral science with a side of personal growth, this timely review of the causes and consequences of popularity will draw listeners back to their grade-school years--the crucible, according to the author, where adult popularity and status are formed. Reading his well-organized research findings, Prinstein is a decent speaker whose boyish sincerity is appealing and never too earnest. His psychological formulations are always accessible. An example is the distinction he makes between the magnetic but controversial power of status as compared to the warmer and more consistent appeal of people who are popular because they're likable. It's an empowering audio, not just because of its fascinating insights, but also because of the author's altruistic message: People are popular (and usually influential and successful, too) because of attitudes and behaviors that we can learn. T.W. © AudioFile 2017, Portland, Maine [Published: JUNE 2017]