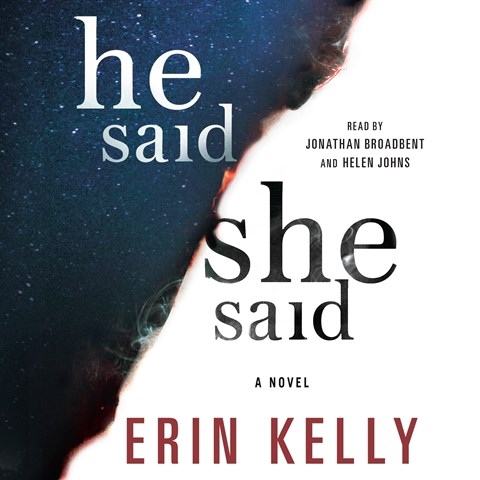 HE SAID/ SHE SAID

Having more than one narrator is crucial for Erin Kelly's intense psychological thriller. After viewing a total eclipse at Cornwall with her boyfriend, Kit, Laura witnesses a violent attack and calls the police. Ever since then, their lives have changed. Fifteen years later, Laura and Kit are married but living in fear of a past that continues to haunt them. The dual narrators, Helen Johns and Jonathan Broadbent, help distinguish Kit and Laura's different points of view on the attack and how it changed their relationship. Johns and Broadbent both have English accents, perfectly complementing the setting of this suspenseful story with surprising plot twists. Johns and Broadbent are versatile in tone and theatrically fitting as the drama of the story builds to its climax. D.Z. © AudioFile 2017, Portland, Maine [Published: SEPTEMBER 2017]