Home»Reviews»THIS IS JUST MY FACE 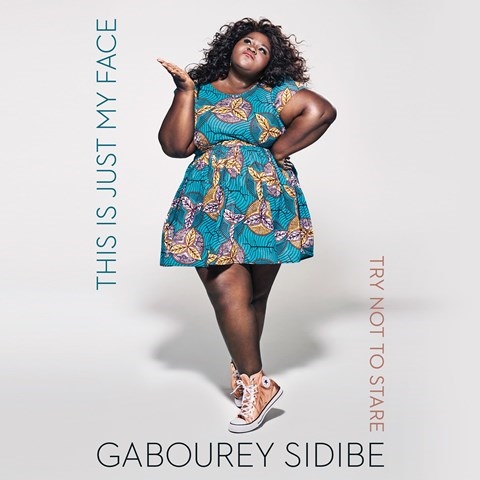 THIS IS JUST MY FACE Try Not to Stare

Academy Award-nominated actress Gabourey Sidibe's memoir gives listeners an intimate account of her victories and struggles in her own vibrant voice. Using a nonlinear structure, Sidibe dishes on everything listeners will want to know about her unconventional path from working in the phone-sex industry to becoming a Hollywood starlet. Sidibe's performance is down-to-earth as she reminisces about her childhood growing up in New York City; her mother was a subway singer and her father a Senegalese immigrant. Sidibe's narration is full of genuine laughter, a dash of sarcasm, and an authentic-sounding Senegalese accent. An entertaining memoir that sounds as reflective and cathartic for Sidibe as it will be for her fans. J.E.C. © AudioFile 2017, Portland, Maine [Published: JUNE 2017]