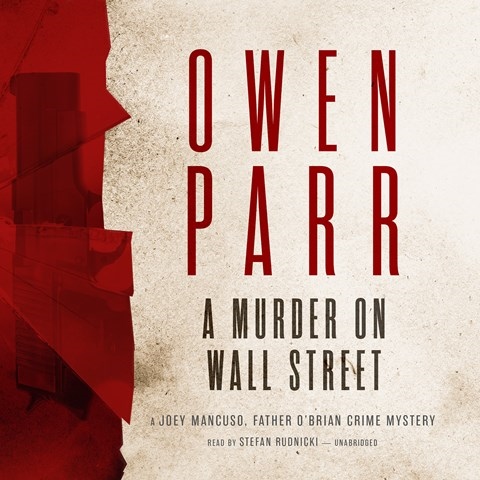 It's soon apparent that this audiobook is not going to be a run-of-the-mill listen. The story involves a pub in the financial district of New York City and its two owners, who are PIs. One is an ex-cop who was fired from the NYPD for his unorthodox methods; the other is his brother, who is an unconventional priest. The pair set out to investigate an apparent suicide, uncovering a whole host of secrets that were supposed to stay hidden. Narrator Stefan Rudnicki is pitch- perfect. His deep, gravelly voice adds to the atmosphere and is well matched to the male characters. For the female lead, he adds a lightness to his tone that sounds authentic and helps differentiate the characters. Rudnicki's narration keeps listeners engaged throughout this fast-paced mystery. K.J.P. © AudioFile 2017, Portland, Maine [Published: AUGUST 2017]