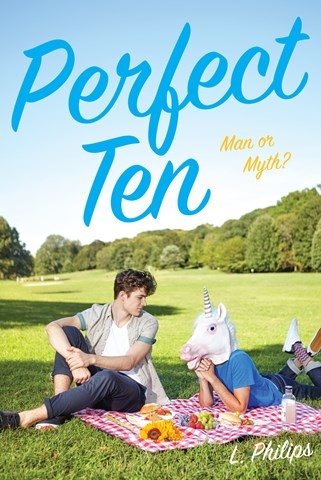 All 17-year-old Sam (Samson) Raines wants is a boyfriend, so much so that he's willing to let his Wiccan friend, Meg, cast a spell to find the guy who embodies his list of "perfect ten" attributes. Hijinks ensue, but that makes this audiobook sound much more fun than it is. Kirby Heyborne's narration often seems too deliberate, and there's not enough distinction between characters. (One notable exception--the way French exchange student Gus purrs "Samson.") A livelier performance overall might have worked some magic and helped rescue the meandering plot and poorly drawn characters. Skip this audiobook and seek out the many better examples of LGBTQ+ high school romance that are out there. J.M.D. © AudioFile 2017, Portland, Maine [Published: JULY 2017]