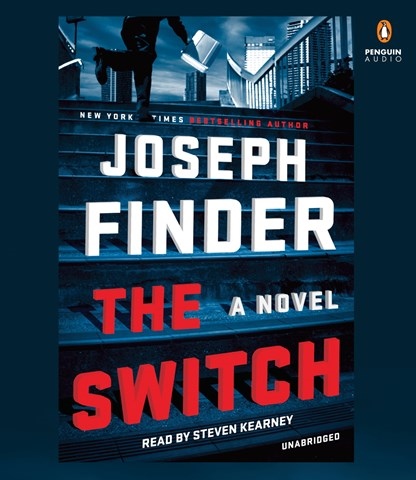 Narrator Steven Kearney returns for Finder's latest audiobook, another implausible but enjoyable thriller. Businessman Michael Tanner--just Tanner to his friends--finds himself in a Hitchcockian imbroglio when he grabs the wrong laptop at airport security. The laptop, belonging to Senator Susan Robbins, contains highly classified files on the NSA's latest mass surveillance program. Listeners shouldn't overthink the ensuing cat-and-mouse game between Tanner, the NSA, and Senator Robbins. But Kearney's brisk pace and solid voice work keep things engaging. Kearney inflates the paper-thin Tanner to a likable protagonist and unearths surprising pathos in Will Abbott, the senator's chief of staff, who battles his own ambition and insecurity while going to increasingly desperate lengths to recover the laptop. A.T.N. © AudioFile 2017, Portland, Maine [Published: JUNE 2017]