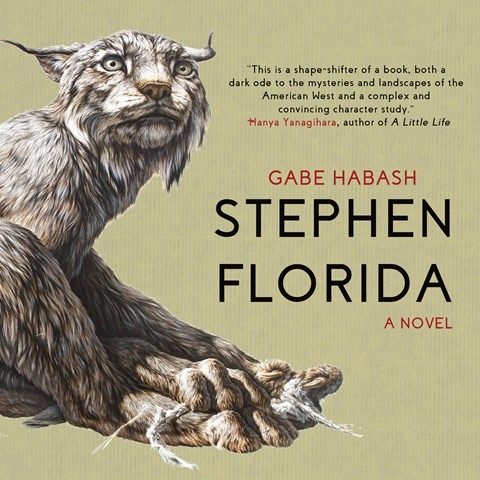 by Gabe Habash | Read by Will Damron

Narrator Will Damron turns in a mesmerizing performance and, for better or worse, immerses listeners inside the twisted mind of Stephen Florida. Stephen's senior year at a small North Dakota college marks his final chance at a wrestling championship, a goal he pursues with frightening intensity as he also comes to terms with the uncertainties of post-college life. Damron doesn't strain to make Stephen likable; instead he delivers the stream-of-consciousness narrative with such openness that he seems to revel in Stephen's darkness and physicality. This is top-notch narration, even if the bizarre and disjointed story isn't for everyone. A.T.N. © AudioFile 2017, Portland, Maine [Published: SEPTEMBER 2017]