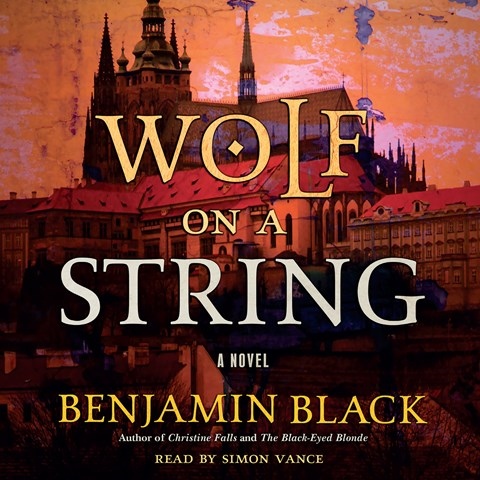 WOLF ON A STRING

Narrator Simon Vance brings intrigue and depth to Black's historical novel. Vance does well in building the identity of the protagonist who tells the story, a young scholar in the sixteenth century specialising in alchemy who chances upon a dead body. Overall, Vance makes strong work of an audiobook that, at times, is difficult to invigorate. His narration lends a consistently venerable and contemplative tone, for the most part injecting life into passages that are heavy on the historical and light on the fiction. While Vance's voice sounds slightly older than that of the character he's portraying, it adds a tone of authority, from which the story greatly benefits, and momentum, without which this audiobook would make for stodgy listening. Z.S. © AudioFile 2017, Portland, Maine [Published: JULY 2017]