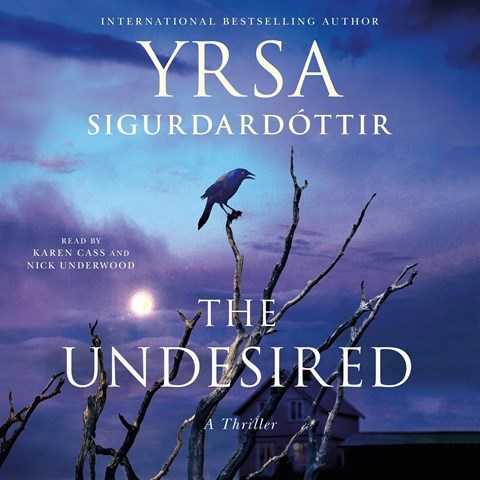 As narrators, both Karen Cass and Nick Underwood spin a suspenseful, slow-burning tale of hidden secrets and the supernatural. In 1974, Aldís Agnarsdóttir, a cleaner in a home for delinquent boys in rural Iceland, becomes infatuated with Einar, a boy with terrible secrets. When Einer and another boy vanish, it is Aldis who pays the price. Decades later, Odinn, a grieving single father, arrives at the home to investigate allegations of mistreatment, unearthing the shattering secrets of the boys' long-ago deaths. Though there is a sense of brooding tension to Underwood's narration, and he switches characters will surprising ease, Cass brings a good deal more energy to her narrative and characters, and, as a result, her sections of the story are more dynamic and engaging. B.E.K. © AudioFile 2017, Portland, Maine [Published: OCTOBER 2017]