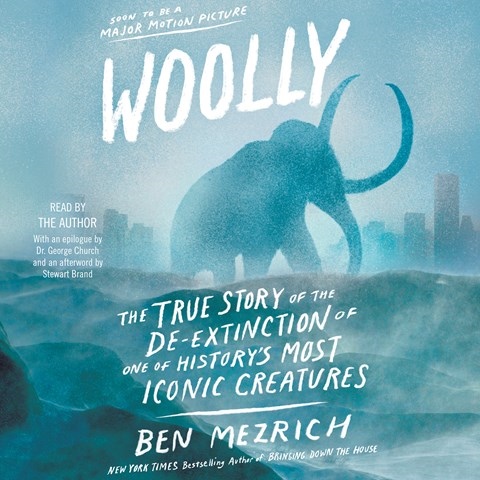 Mezrich's book is a somewhat jumbled look at genomic research and the possibility of cloning extinct species, especially a mammoth. His reading is energetic and expressive, and his voice, while not especially strong, is agreeable enough. His manner is amiable and his pacing good. However, he frequently emphasizes words within a phrase or sentence in a way that's either unidiomatic, wrong for the meaning he intends, or simply odd, and he inserts breaks into sentences in places they don't belong, producing a distracting jerkiness. Listening would have been a more pleasurable experience, less amateurish and awkward, with a more experienced narrator or more helpful direction, but his mistakes, while sometimes misleading, don't spoil the program irrevocably. W.M. © AudioFile 2017, Portland, Maine [Published: AUGUST 2017]