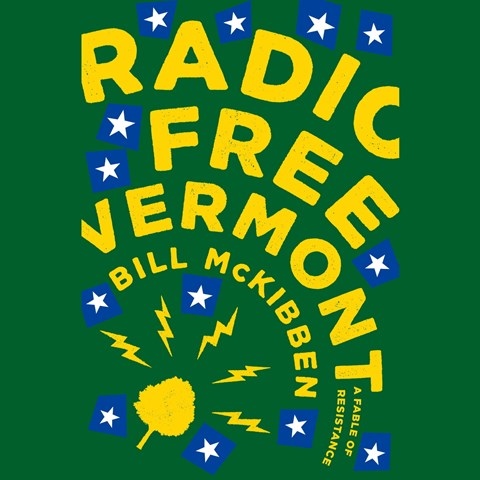 Narrator Danny Campbell perfectly captures this audiobook's protagonist, Vern Barclay, a 72-year-old lifelong Vermonter and accidental freedom fighter. After the protest of a new Wal-Mart takes an unexpected turn, Vern, a former talk-radio host, goes rogue and broadcasts from a secret location as "Radio Free Vermont." Vern fills the airwaves with talk of secession from the U.S., and his eccentric crew carries out inventive acts of resistance, like the amusingly polite heist of a Coors Beer truck. Campbell's friendly, raspy voice is ideal for Vern, who is world-weary but ultimately optimistic. There isn't much vocal variation for other characters, but they're broadly drawn anyway, and Vern is very much the heart of the story. A.T.N. © AudioFile 2017, Portland, Maine [Published: NOVEMBER 2017]