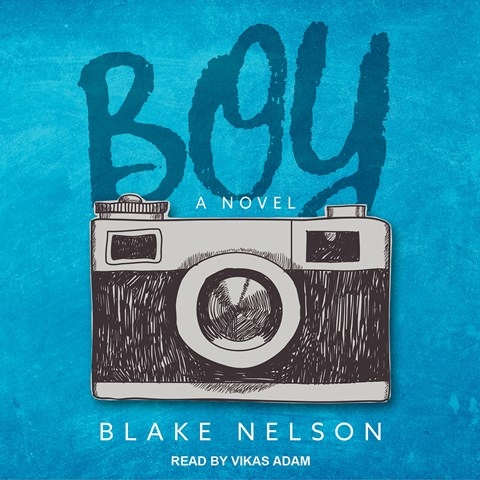 Gavin is one of the cool kids at Evergreen High who is drawn to Antoinette, a somber girl who lost her brother to suicide. Narrator Vikas Adam has an impressive diverse delivery that makes Gavin sound relatable and Antionette mysterious. He strongly differentiates between the other characters in the story as well. Gavin is transitioning into adulthood and is trying to figure out who he is all the while being affected by others. Nelson captures the feeling of being a teenager in today's world. There is a sense of realism in the narration, with Adam demonstrating both the uniqueness and youthfulness of the characters. BOY is another gem from Blake Nelson. D.Z. © AudioFile 2017, Portland, Maine [Published: AUGUST 2017]